Lavinia Deeper than the Ocean with Sebastian

The Sentiments are by Lavinia the Deeper Than The Ocean and a portion of Silver Lining Stamp.  I have found a U.S. based store called Laviniaworld.  They have good prices and quick shipping so if your looking for this sort of stamp and are in the U.S. you could save with them. 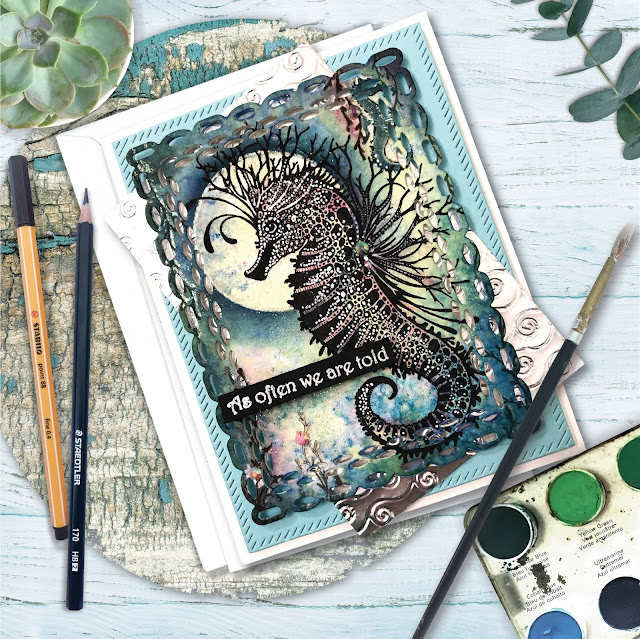 Let's talk about the dies I used with this project and that fantastic embossing folder with the silver paper.   I used a die (not currently available) that I designed called Scalloped Rectangle die for the artwork. The turquois paper with the stitching is from the PinkFresh.  It's called the Diagonal Stitched Rectangles die set.  The embossing folder is from Echo Park called The Wave. 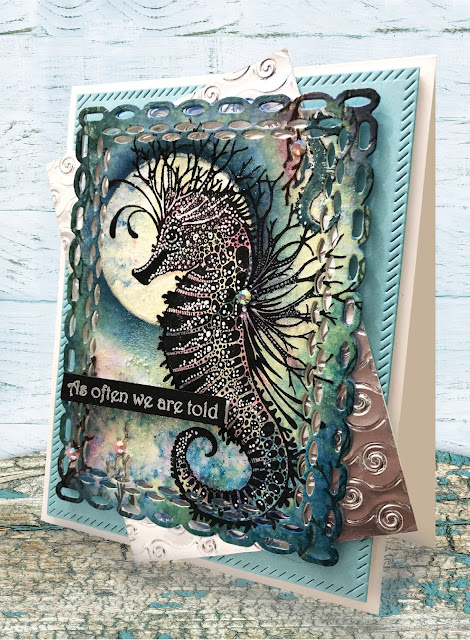 Just look at that glimmer close up!  It's the Brusho Sprinklet Iridescent powder!  Glorious twinkle! 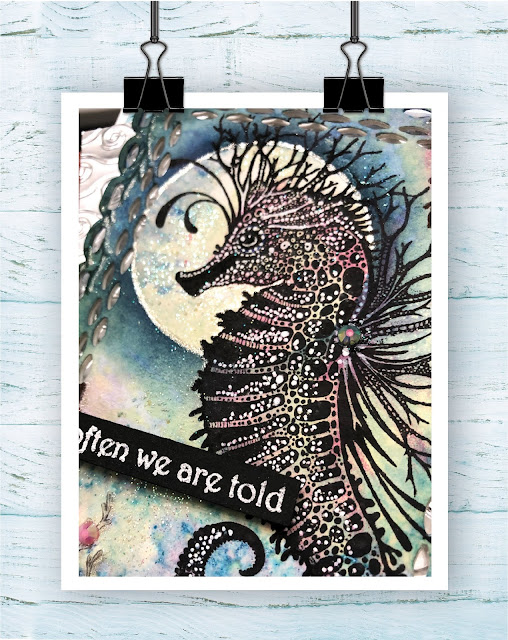 I've wanted to make a colorful piece of artwork with this stamp since it came out.  He's called Sebastian the Seahorse. I adore the quality and the intricate artwork of these beautiful stamps!  This is the first of a three piece set that will go into my collection at the Crafted: Modern Handmade Store in town. 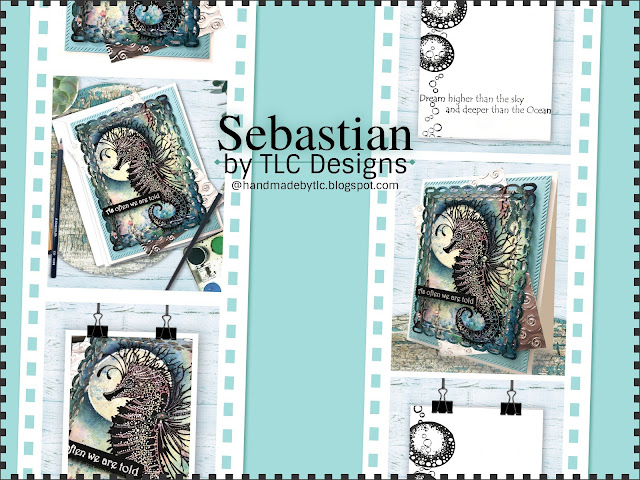 Here's the inside of the project!  The bubbles are from Lavinia too!
I used Colorbox inks with Brusho's on the Gel plate to begin the background.  The VersaFine Clair Ink Nocturn for the image.  There were a few additional stamps used to create some depth and texture in the underground background called Spanish Moss.  The stamp with a little sea horse called Sea Creatures was also used with a second generation stamping off to the right of Sebastian.  Even though it was cut into, in real life it only adds to the scene! 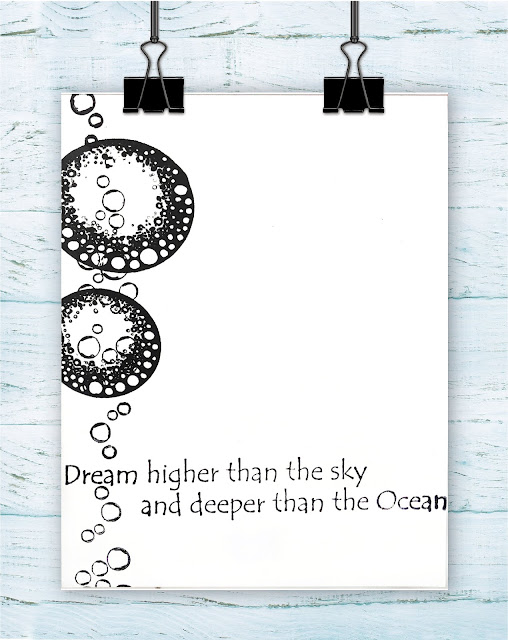 I used Distress Ink and a plastic cut circle to create the look of a moon shadow just around the Sebastian face image.  Then I used my white gel pen to add some dots to Sebastian for texture and done!

Stay Crafty!  Until Next Time!

Posted by HandmadebyTLC at 10:14 PM

Every comment brings a smile! It is such a pleasure for me. Thank you! 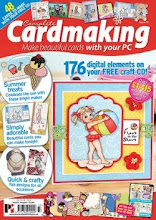 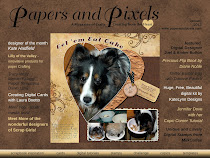 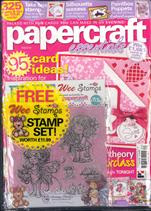